Salt marshes are unique coastal ecosystems that are regularly flooded by tides. The Louis Berger Group, an internationally recognized consulting firm, is involved in numerous salt marsh restoration projects. Much of their restoration work can be seen in the mid-Atlantic states and New England.

Many of these project sites have been previously filled through development activities, or partially or even completely cut off from the tide. The reduction or loss of regular tidal flushing typically results in the expansion of invasive plants, most notably Phragmites australis, which forms a monoculture of poor ecological function. Salt marshes rank among the most biologically productive habitats on the planet, and significant losses have occurred over the past century. Myriad bird species, small fish, shellfish and microorganisms call salt marshes their home, making salt marsh restoration particularly important.

Berger’s restoration work often includes removing fill materials, restoring, and widening channels to reestablish the flow of seawater to salt marshes, followed by planting of salt marsh plant species. Monitoring the results and effectiveness of restoration measures is also conducted. Solinst Leveloggers are being used in many of these restoration efforts in the planning, construction and post-construction stages of restoration projects to monitor the changes in water levels. 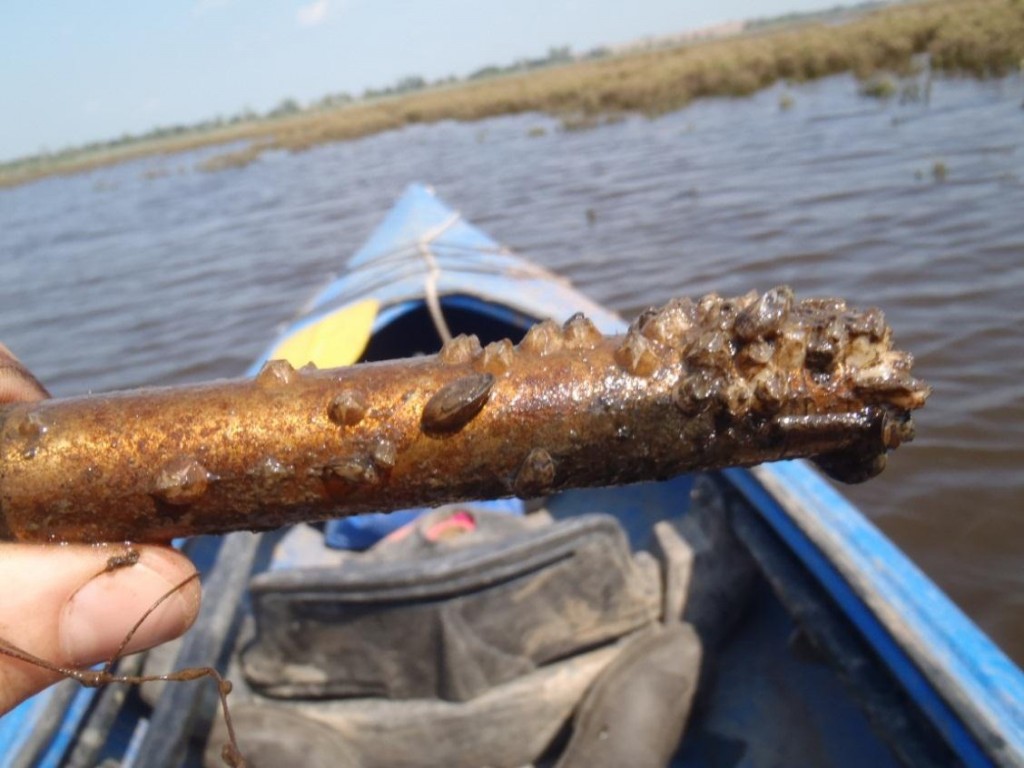 A Levelogger fouled by Bay Barnacles and Platform Mussels in the Hackensack River, NJ. 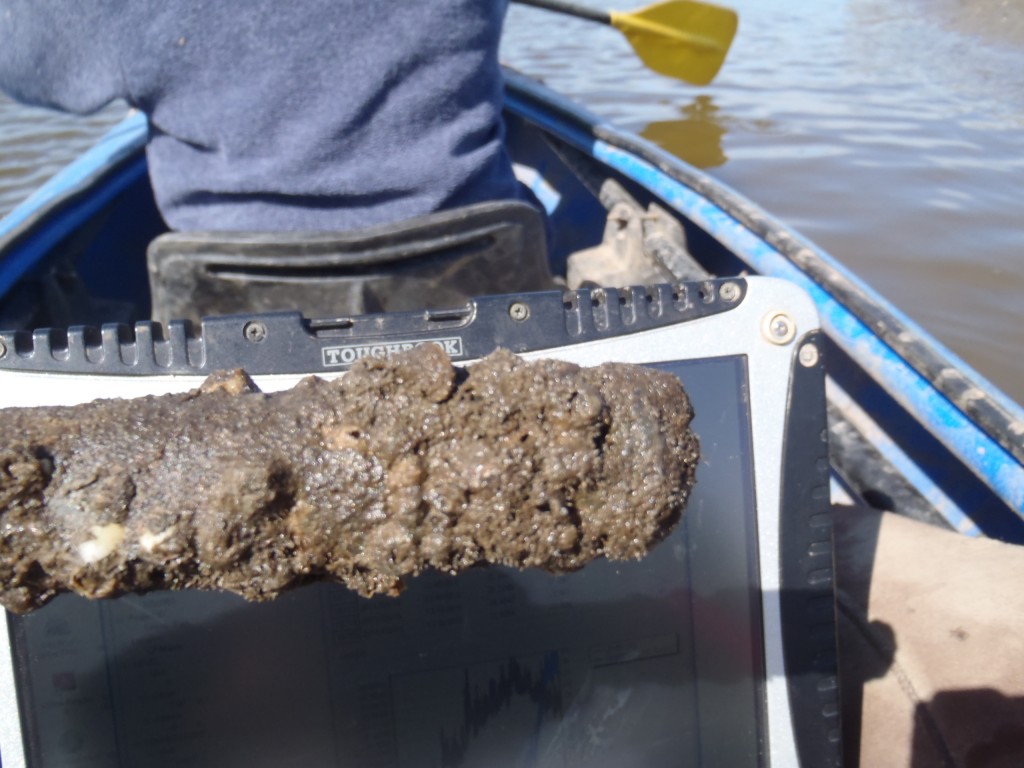 Levelogger fouled by Bay Barnacles and various other Invertebrates in the Hackensack River, NJ.

The team deployed three Leveloggers, two with the Biofoul Screens, and one without as a control. The Leveloggers were deployed in September 2012.

An interesting side note: while the Leveloggers were deployed, they were able to accurately capture the storm surge from Hurricane Sandy as it hit the New Jersey coast in October 2012. 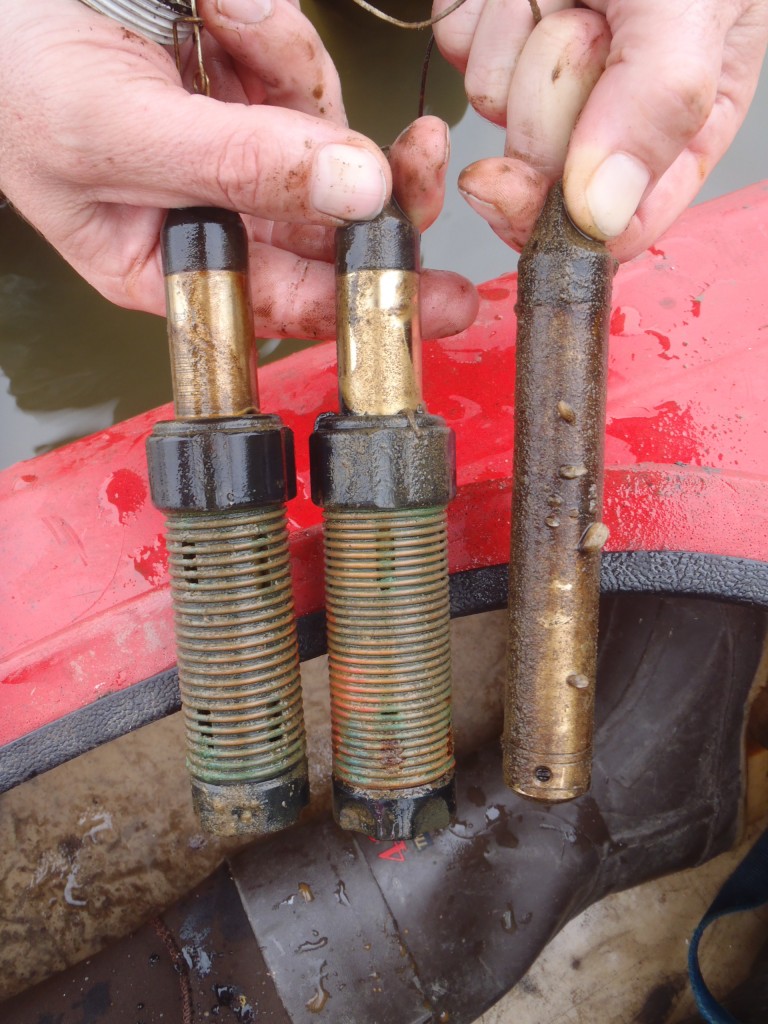 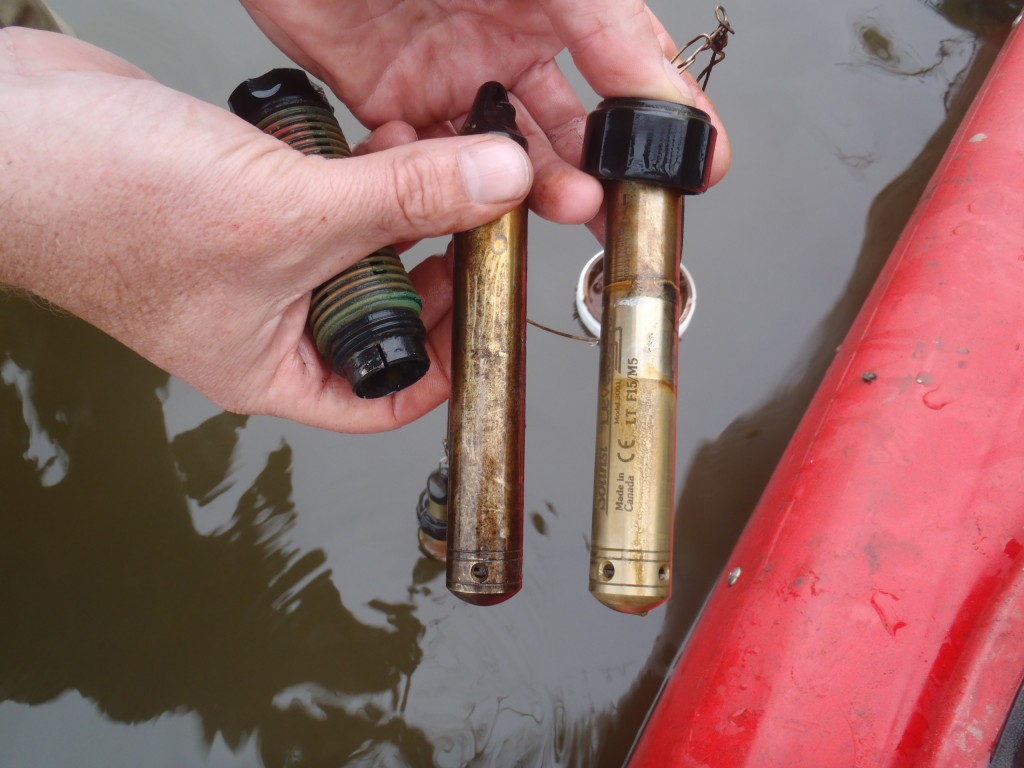 The portion of the Levelogger under the Biofoul Screen remains in very good condition.

Tom Shinskey, Principal Environmental Scientist with The Louis Berger Group, is pleased with the results, saying “biofouling of the Leveloggers in the mesohaline waters of salt marsh restoration sites in the New York-New Jersey Harbor region were costing us extra labor and damaging our Leveloggers. Field testing of the Biofoul Screens through the spawning and recruitment periods of the macroinvertebrate fouling community demonstrated the effectiveness of this device in keeping Leveloggers free of fouling and allowing for their deployment over extended periods.”

In the end, the Berger team found a solution that they can use in future monitoring efforts. Biofoul Screens ensure that Leveloggers perform properly; even in harsh saline environments, providing reliable readings over the long term, with less time spent maintaining them.

Acknowledgement: Solinst Thanks Tom Shinskey, Principal Environmental Scientist with The Louis Berger Group, for providing details about these projects.