Long Point Basin Land Trust (LPBLT) is a charitable, non-government organization located in Port Rowan, Ontario, Canada. They work to establish and maintain areas of ecological importance and promote conservation throughout the Long Point Basin community. A major focus of LPBLT is the preservation of Carolinian reptile populations. 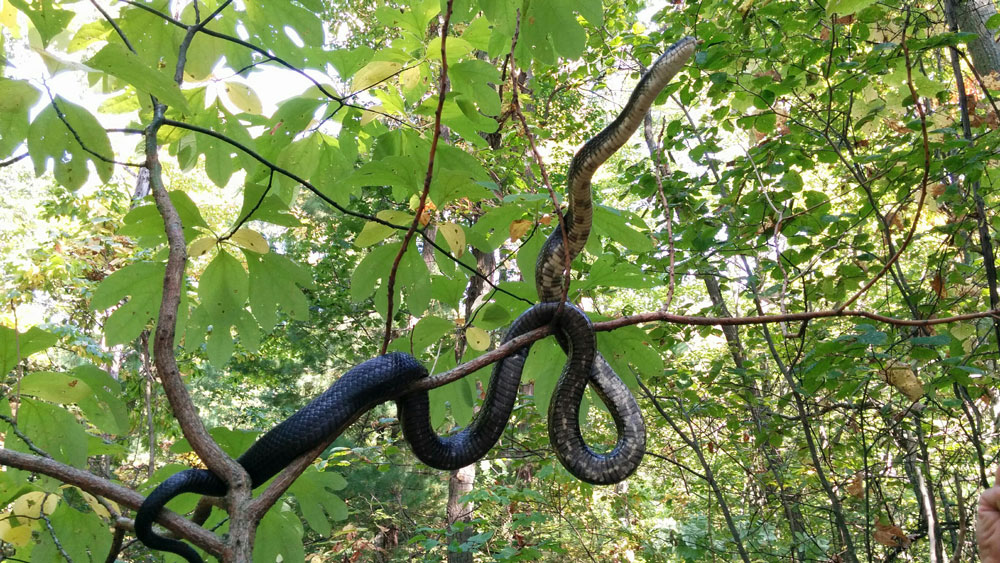 The Carolinian population of Gray Ratsnake is listed as Endangered. Source: Jessica Ferguson

Both the Ontario and Canadian governments list the Carolinian population of Gray Ratsnake as Endangered. This species is at risk largely due to fragmentation, degradation, and loss of habitat, including their overwintering sites. These hibernacula are key to the Gray Ratsnake surviving the harsh winter months in Ontario.

The first phase of the study used radio telemetry to track the snakes to their hibernacula. Fortunately, one of the major hibernation sites is located within property protected by the Nature Conservancy of Canada. This site, along with several constructed hibernacula previously established by LPBLT, were the focus of the study. In total, seven sites were identified for monitoring.

Wintering sites for the Gray Ratsnake are located in the subsurface, below the frost line, and above the water table. As such, monitoring wells were constructed at each site to help characterize the subterranean conditions of the hibernacula. Each well was installed to a depth of 7feet. Many of the sites are located on the Norfolk Sand Plain, which is fairly dry, so not all the wells hit groundwater; the sites that did measured the water table at approximately 3–3.5 feet. 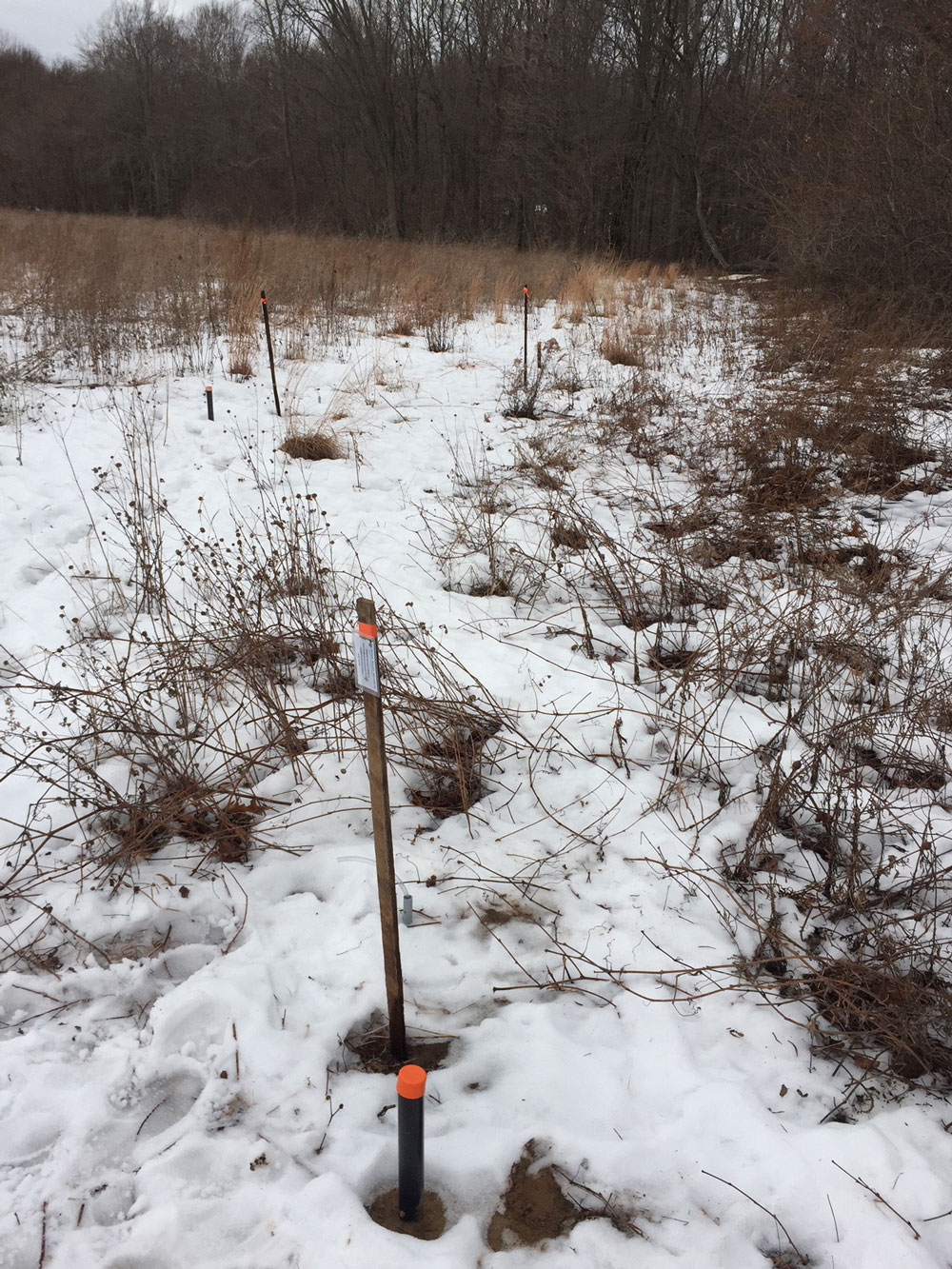 To aid the subsurface investigation, Solinst donated a Model 102M Mini Water Level Meter to measure the depth to groundwater in the monitoring wells. Water level measurements were collected once each week throughout the monitoring period. Other parameters monitored included frost depth, groundwater temperature, and underground air temperature.

The investigation will identify any differences, as well as characteristics shared, between the natural and installed hibernacula. This will provide insight into what features make up an effective hibernation site and assist in future expansion and development of suitable habitats. In addition, it will help determine if any existing installations could benefit from changes or upgrades.

Dependant on funding, LPBLT plans to continue monitoring this coming winter. Ultimately, the study will expand on the current understanding of the Carolinian Grey Ratsnake and further support the conservation efforts of this Endangered population.

Solinst thanks Kristyn Richardson for providing the details of this project.