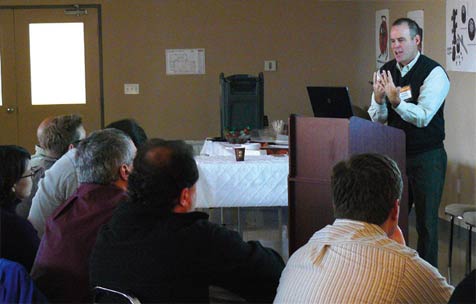 The symposium continued with a presentation by Murray Einarson, with AMEC Geomatrix. His presentation was a great follow-up to Dave Rudolph’s, as it presented methods to obtain the valuable data required, particularly in groundwater assessments. Murray provided an overview of the types and scales of measurements that are important during subsurface assessments and new approaches and technologies for high-resolution investigations.

Murray focused on investigations performed at contaminated sites. He stressed that although there have been advancements made in the technology used to investigate these sites, many investigators are still using traditional methods. These methods are usually low-resolution and provide uncertainty, which does not allow for quick and confident decisions to be made during remedial efforts. 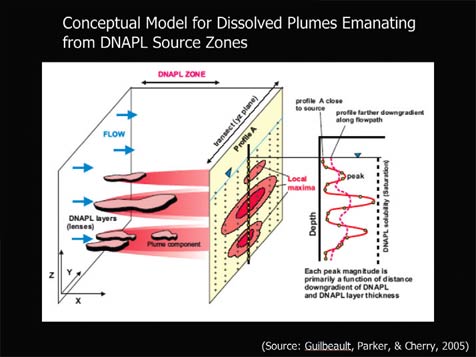 Murray then discussed new technologies that allow site investigators to perform rapid, high resolution site assessments. He explained how these technologies provide more conclusive data on the nature, extent, and migration of contaminants in the subsurface, versus the traditional site assessment practices. He showed that technologies such as chemical sensors driven by direct push methods, vertical profilers and multilevel groundwater monitoring systems are much more effective, feasible, and now affordable options for subsurface assessments.

In one case, Murray showed that using transects of multilevel monitoring wells provided a much clearer picture of what was actually happening in the subsurface. In his example case, Murray described how investigators thought natural attenuation was occurring. However, when high resolution data from multilevel transects were assessed, it was proven that the plume was actually migrating from monitored to previously unmonitored zones. This lead to a much different approach in their remedial efforts!