A facility in Pontypool, Wales, UK was once the location of a plastic forming plant. Over time, chemicals produced through the plastic forming processes were lost into the groundwater beneath the facility, creating a large contaminant plume.

Years later it was determined that the plume is migrating off site. In order to intercept the plume and establish a remedial plan, the plume needs to be characterized. Solinst CMT Multilevel Monitoring Systems were selected as a solution to provide high-resolution data and a better picture of the subsurface.

A CMT Multilevel System consists of continuously extruded polyethylene tubing with seven or three separate channels running the length of the tubing. Groundwater monitoring zones are mechanically created and sealed off, one in each separate channel at different vertical intervals.

Note! To learn how monitoring ports are designed and created in a CMT Multilevel System, watch this video produced by Solinst.

A company specializing in sonic drilling was contracted to complete the CMT installations. RS Hydro, exclusive distributor of Solinst products in the UK, took on the task of training the company during the initial installs. RS Hydro provided two days of on-site training in September of 2013.

There were some challenges. The first was logistics – all CMT installations were done indoors at the main facility, having to bore through the building’s foundation. The second was the difficult geology encountered.

The wells were typically drilled to 30 m depths. The sticky clay-like geology made both the drilling and installation tricky. However, a fast turnaround time can be attributed to the sonic drill rig used. In all, nineteen CMT Multilevel Systems were completed within only two weeks.

CMT being laid out for monitoring port design and construction. 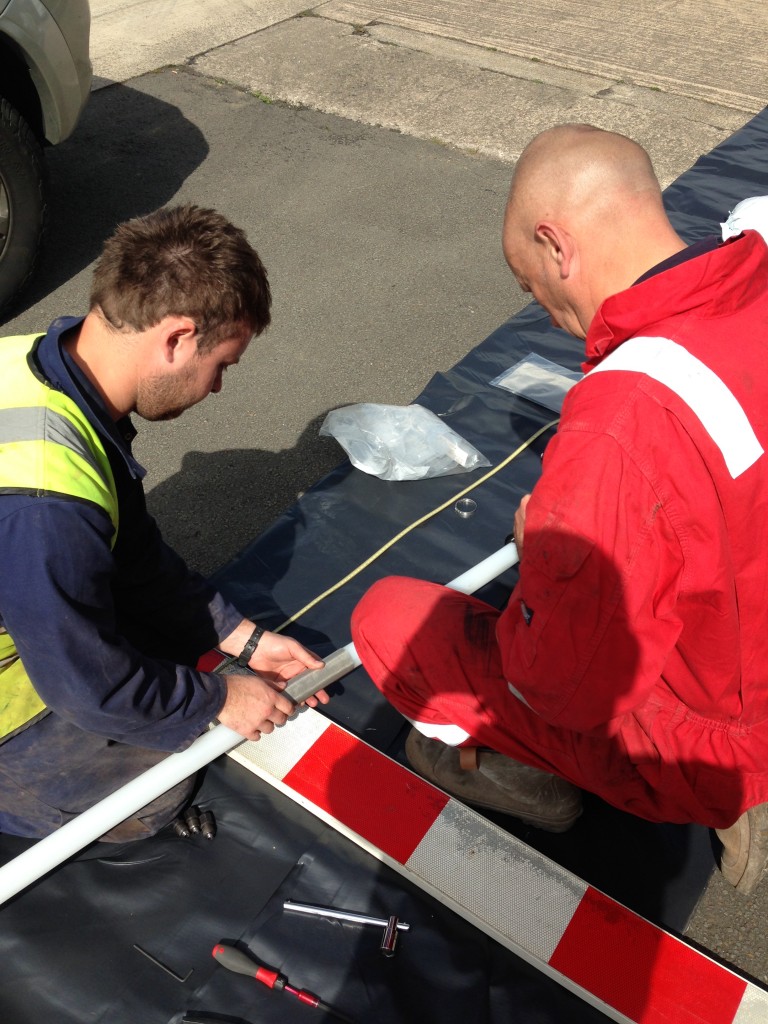 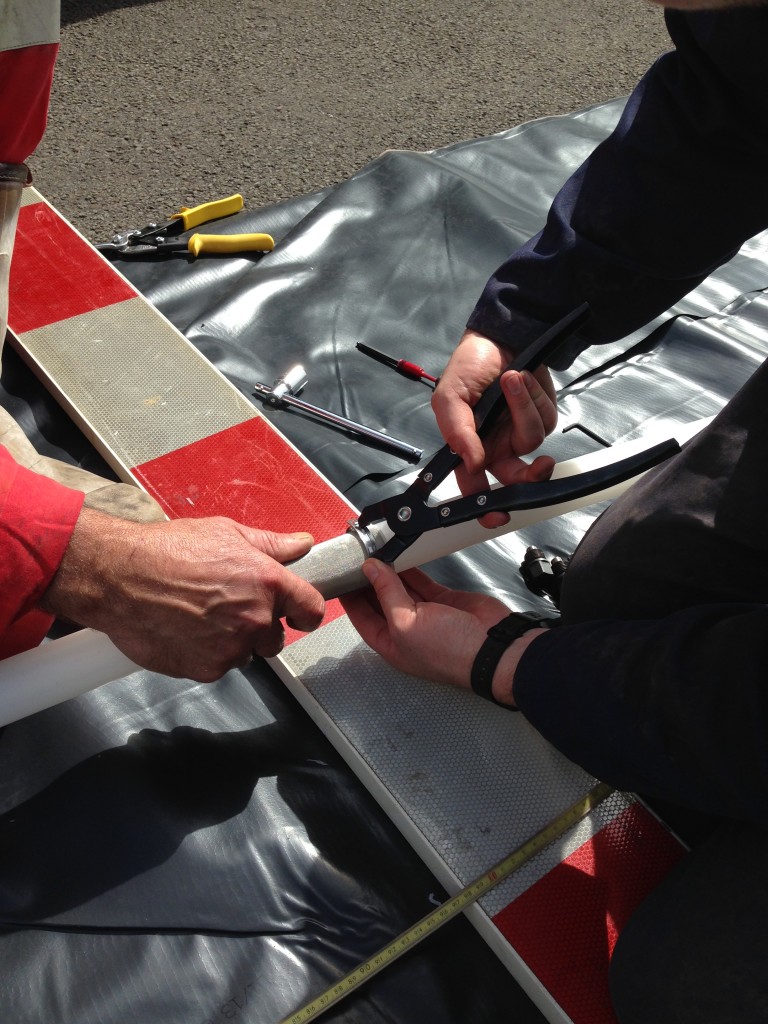 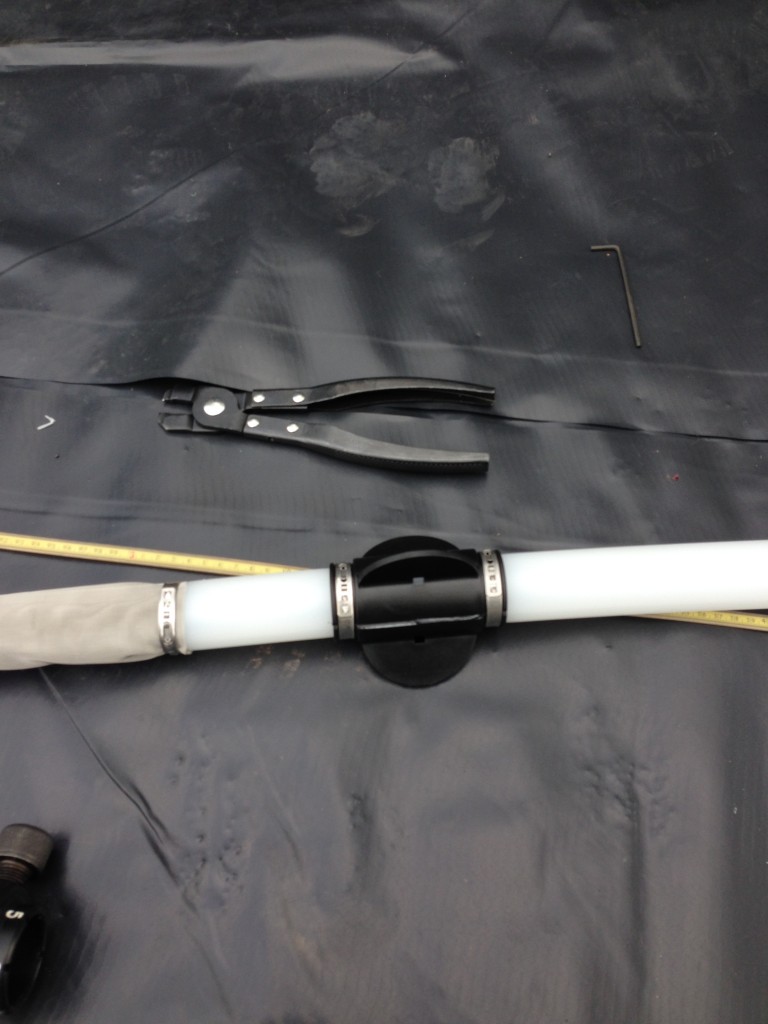 Centralizers were used to keep the CMT centered in boreholes. 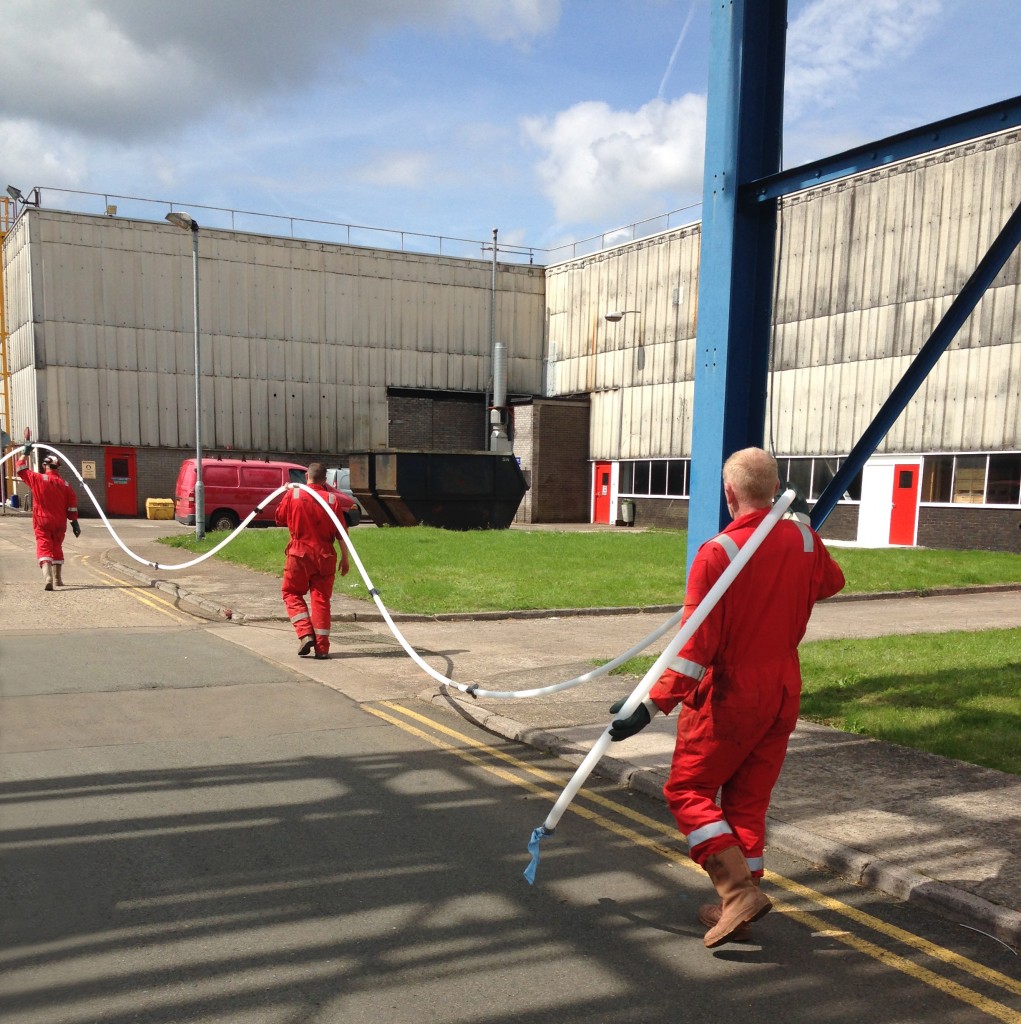 The completed CMT Systems were carried into the facility. 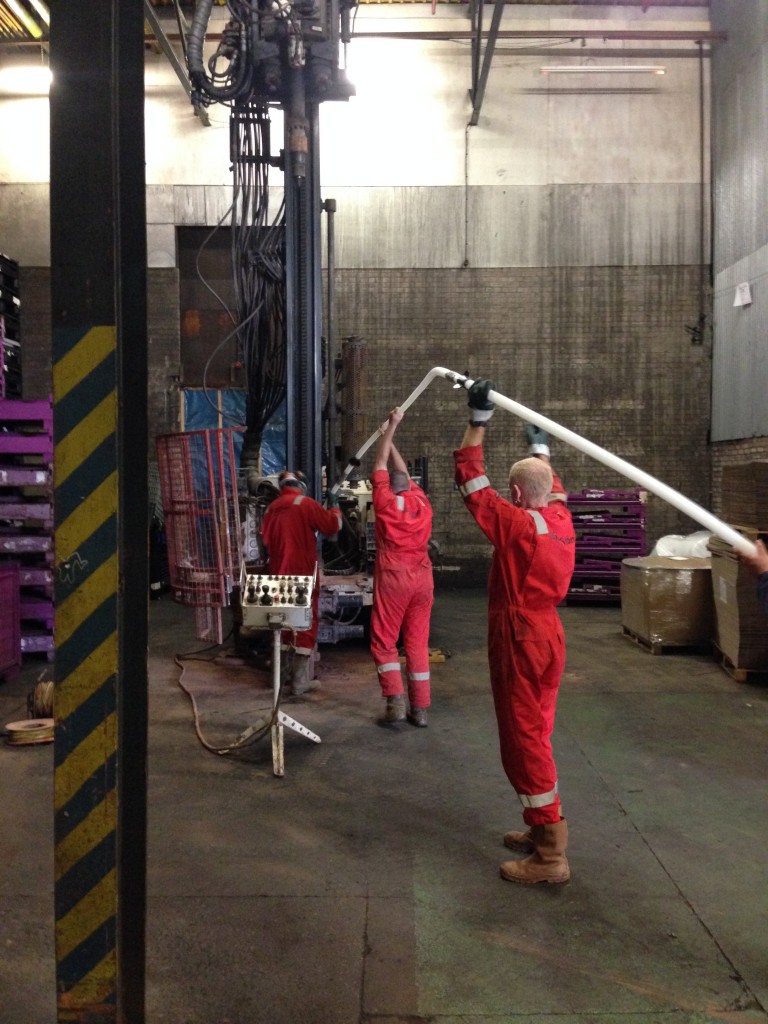 Seven channel CMT Multilevel Systems were selected for the job. Standard bentonite pellets were used to seal off each zone. All seven channels in each system are being utilized to gain water level measurements and obtain groundwater samples from each of the 133 discrete zones.

Solinst Model 102 Water Level Meters are used to measure depth to water, and Model 408M Micro Double Valve Pumps are used to obtain samples of the groundwater. Inertial pumps are used in wells where the static water level is higher.

Today, all the CMT Multilevel Systems are still in place, and are sampled weekly with no issues.