GZA GeoEnvironmental (GZA), a multi-disciplinary environmental consulting firm, designed and operates a pump and treat system at a large solid waste landfill in Rhode Island. GZA has been overseeing the system for the past ten years, and have successfully extracted and treated more than 10 million gallons of highly contaminated groundwater. The 230-acre landfill is also an EPA Superfund site. 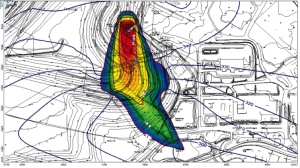 Chlorobenzene Plume Based on Initial Investigations and Modeling

With the landfill facility set for a 100-acre expansion, their next task is to relocate the extraction well and treatment system. Before the remedial system can be moved, they needed to characterize the intended site, which is located downgradient of the proposed landfill – the location of a known chlorobenzene plume. The DNAPL (dense non-aqueous phase liquid) plume is located in fractured igneous bedrock (Scituate granite gneiss).

During the initial development of the landfill facility, thorough subsurface investigation and modeling was performed to map groundwater flow and contaminant transport. Based on the models and historical data, GZA conducted five deep bedrock explorations to further characterize the hydrogeologic properties of the subsurface, and determine contaminant distribution at the proposed new pump and treat site.

Extensive in situ testing programs were conducted in the five boreholes, which were drilled to about 110 feet into bedrock. Their program included discrete zone sampling, bedrock permeability testing (packer testing), and borehole geophysics.

The results of the borehole testing, allowed GZA to identify the discrete bedrock zones to be monitored, which aimed to further delineate the extent of the plume. For this task, GZA chose to install permanent multilevel groundwater monitoring systems.

A multilevel groundwater system allows the monitoring of a number of discrete groundwater zones in one borehole. Sealed ports are placed at various depths to obtain a 3D profile of the subsurface by collecting samples and water levels from each zone. 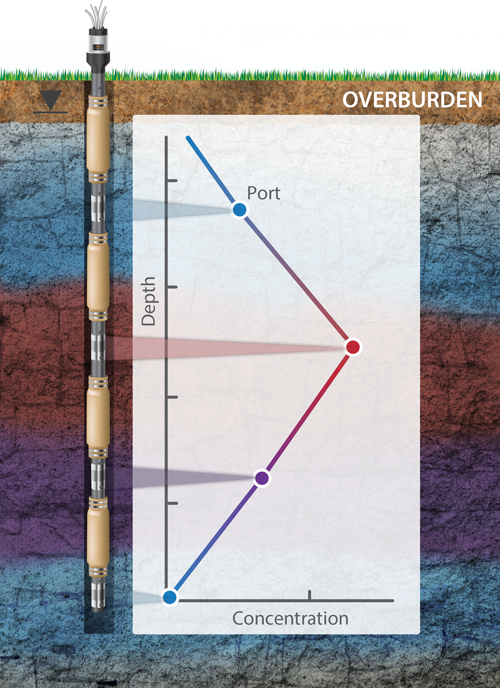 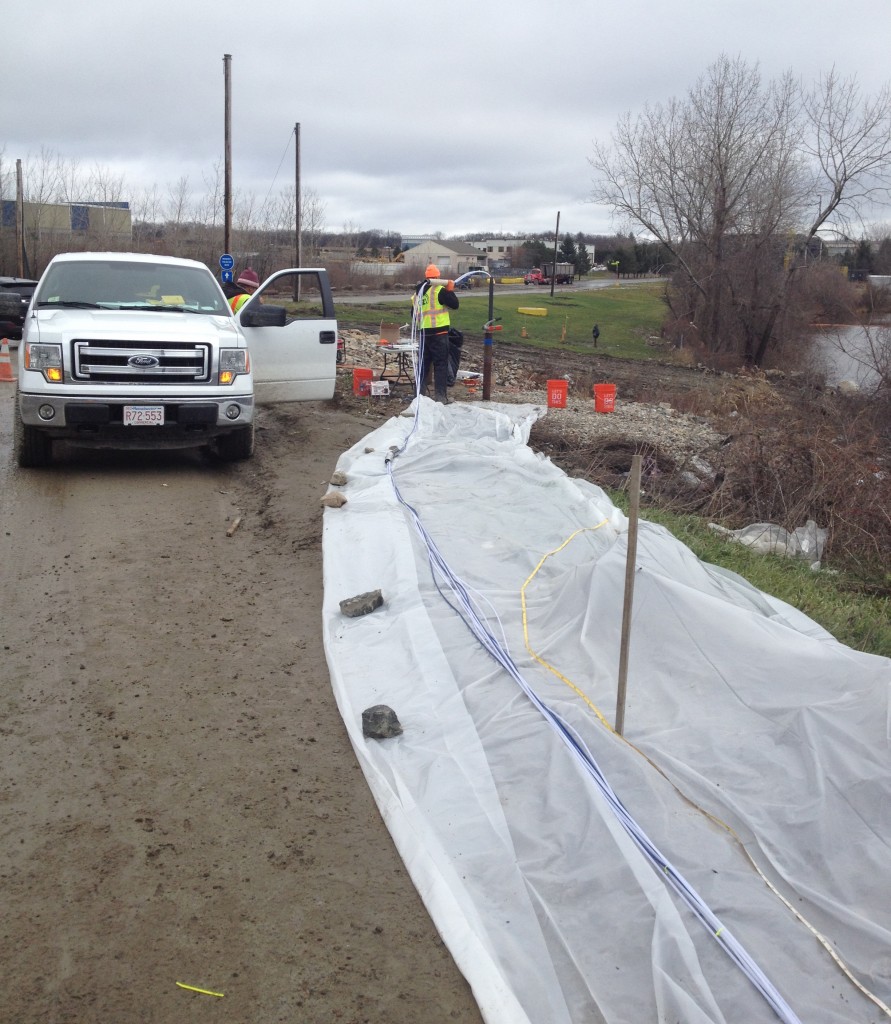 At each monitoring port, GZA installed a vibrating wire transducer to monitor water level fluctuations, as well as a pneumatic double valve pump for groundwater sampling.

Over time, data obtained through discrete zone groundwater sampling and hydraulic monitoring provided high-resolution data that allowed delineation of the horizontal and vertical extent of the plume downgradient. This 3D data provided a clearer picture of the subsurface and was used to decide the best placement of the relocated pump and treat system.

It was noted that some major lessons learned during this project included the importance and value of discrete zone sampling and monitoring, and recognizing shallow versus deep hydraulic response in bedrock – both of which were achievable by the use of multilevel groundwater monitoring systems.

Solinst thanks Richard Carlone, Anthony Urbano, and Edward Summerly of GZA for sharing the details of their project.